Their styles honed by their experiences as founding members of various bay area bands, Marlies de Veer (guitar/vocals) and Amy Beasley (bass/vocals) of Blue House combine a rocker’s attitude with a folkier acoustic/electric approach to give them a unique sound. A vital part of that sound is their close-knit harmonies. Blue House performs throughout the bay area playing a mind-boggling eclectic mix of both original and cover material with an emphasis on FUN.

Amy Beasley is a talented singer, bass guitarist and songwriter who was born in Corning, New York and threw away a promising career as a cartoon couch potato (in her early childhood) to begin her career on piano, then moved to the guitar when she was big enough to hold one.

Marlies de Veer – singer, guitarist and songwriter was born into Dutch citizenship on the island of Borneo and now is a proud citizen of the United States. She started playing guitar at the age of 11 and performing with Beasley when they were in high school together.

The band is joined on occasion by Brian Loud or Paul Keller on guitar/vocals and gets help on the cajon/percussion end from good friend Russ Anzalone. 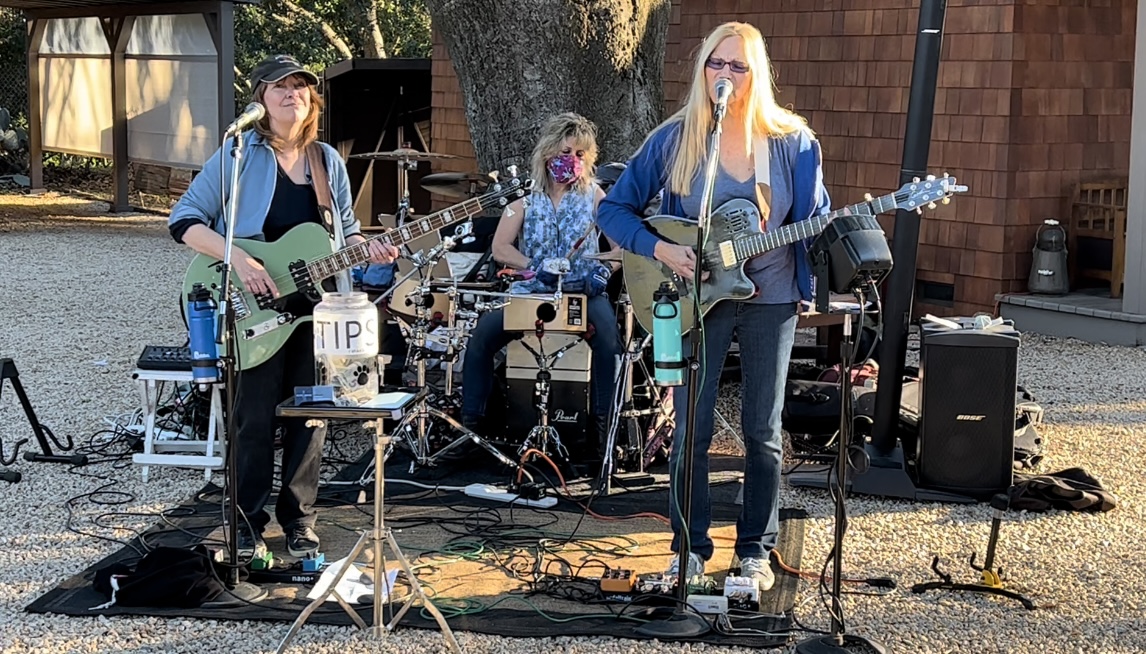